How to pursue lawsuit for rear-end collisions? 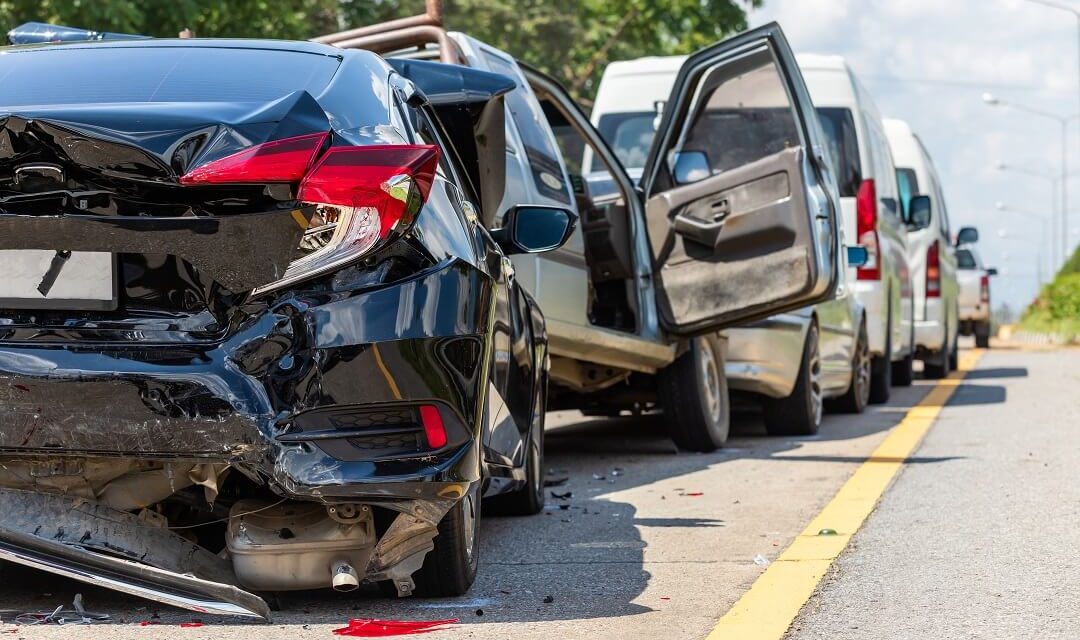 You are waiting at a stoplight, and in your rear-view mirror, you see a car heading toward you. You would be terrified and won’t get an opportunity to brace yourself.

When a vehicle collides with the one in front of it, it is referred to as a rear-end collision. The majority of these collisions occur when one vehicle is stationary and the other is heading at high speed. However, rear-end collisions can also result in a chain reaction involving other vehicles.

Every year, around 2.5 million rear-end collisions are reported on US roadways leading to 950,000 injuries and 2,000 deaths. According to the Insurance Information Institute, rear-end crashes account for more than 7% of all traffic-related deaths. Although the fatality rate is low, they contribute to 28% of automobile accidents in the US, says the National Highway Safety Administration (NHTSA).

Root causes of a rear-end collision

Distracted driving includes texting, changing music tracks, and eating food during driving. It is estimated that 80% of rear-end collisions occur due to distracted driving.

Driving under the influence

Driving under the influence of alcohol or drugs can also make the driver careless, ending up in rear-end crashes.

Defects in the vehicle

In some instances, a manufacturing defect in the vehicle may end up in rear-end collisions. For example, a faulty braking system could make it impossible for the driver to stop or slow down the vehicle.

Reckless driving may include speeding, racing other vehicles, passing on blind curves, swerving and cutting in and out of lanes, and much more.

Unfavorable weather may include rain, fog, snowfall, or ice on the road that may prevent the driver from the vehicle on time.

Tailgating refers to following a vehicle very close without maintaining an adequate distance. This greatly decreases the chance of a driver avoiding a collision.

Though seat belts can help the vehicle occupants from injuries, rear-end collisions may land up in serious injuries. The following are the common injuries from rear-end crashes.

Whiplash is a common injury arising from a rear-end collision where the occupants in the vehicle are jolted due to the sudden impact. The impact causes the muscles and ligaments of the neck and shoulder to stretch badly when they are jerked back and forth or collide with the headrest or steering wheel.

The complication in a whiplash injury is that, immediately after the collision, the victim may not experience pain or discomfort due to the adrenaline rush.

Bone and rib fractures are frequent in rear-end collisions. This occurs mainly due to the seatbelt pulling taut or airbag deployment occurring during the crash.

Facial Injuries in rear-end collisions may include cuts, lacerations, broken noses, scrapes, and bruises. Shattered glass, unsecured debris, and slamming into the window, dashboard, or steering wheel often cause facial injuries when the vehicle is hit from behind.

Back and Spinal Injuries

The sudden and unexpected impact in a rear-end collision can compress the spine causing damage. Spinal fractures may also occur in rear-end collisions occurring at higher speeds. Back and spinal injuries may even cause paralysis in the victim.

A rear-end collision cannot always be judged at first glance. It’s crucial to know which scenarios pose problems in terms of showing liability. In most situations, the driver who rear-ends the other vehicle is determined faulty. Let’s dive into such scenarios.

I don’t want you to infer that only the driver who rear-ends is at fault in such crashes. There are instances where both drivers share the fault. If the front driver fails to take adequate measures when executing traffic maneuvers or breaks the rules of the road, they may share some of the blame for the accident. Let’s check out some examples.

Claiming Damages in a Rear-end collision

In a rear end crash lawsuit, it is the responsibility of the plaintiff to prove the liability of the other driver.  Liability could be presented by finding out if a driver was negligent and how the negligence caused the accident. Eyewitness testimony and police reports may provide evidence in establishing the liability aspect. In some situations, accident reconstruction methods may be necessary to prove the fault.

Seeking damages for rear-end collisions is based on negligence law and is governed by state laws. However, the statute of limitations and the rules would vary from state to state.

Under negligence law, the plaintiff should prove that

Few states in the US follow contributory negligence for rear-end collisions.  This will not allow either driver to recover damages from the other if both of them share the responsibility for the accident.

Some states in the US, like California and Pennsylvania, follow comparative negligence law where both drivers are assigned a percentage of fault for the crash. This law is crucial in rear-end collisions involving multiple vehicles rear-ending other vehicles. Each driver would be entitled to recover compensation which would be proportionate to the other driver’s percentage of fault.

In pure comparative negligence, liability and the compensation amount are determined according to the percentage of each driver’s fault.

According to this law, if a plaintiff is more than 50% at fault for the accident, he is not entitled to recover any compensation from other at-fault drivers.

Some rear-end collisions may also involve suing third parties. For instance, when a mechanical or design defect in the vehicle makes the driver unable to prevent the collision.

Most insurance companies will quickly pay the vehicle damage claim in a rear-end collision. However, seeking damages for injuries is a complicated task. Most of the rear-end collisions cause soft tissue injuries like whiplash injuries as the crash occurs from the rear end. Unlike other injuries, soft tissue injuries are hard to prove and quantify, and this would reflect when seeking damages.

The service of an experienced personal injury attorney would help the claimant prepare an accurate rear end collision demand letter. The attorney would send a demand letter to the defendant’s insurance company. If the settlement is not done, the lawsuit is filed and moves to a discovery phase, where the attorneys collect evidence and request supporting documents. The litigation would move to trial if not settled outside the court.

Accepting any quick settlement from insurance companies may leave the plaintiff unable to receive deserving compensation in your rear end collision lawsuit.

A rear-end crash lawsuit may cover all the damages caused to the plaintiff as a result of the accident. This may include both economic and non-economic damages. In rear-end collisions involving criminal aspects or driving under the influence, punitive damages may also be covered.

How can You Help Prevent Rear End Collisions?

Rear-end collisions can be avoided to a greater extent by following the below-mentioned steps.

Most of the US states follow the two seconds rule to avoid tailgating, which is the major cause of rear-end collisions. It is a scientifically proven safety strategy that demands a rear driver to keep three seconds “worth” of distance from the leading car. In California, it extends to three seconds.

Even a low-impact rear-end collision can have a significant impact on your body. Never overlook your injuries and delay seeking medical attention. Insurance companies, like other claims, would try to deny or minimize the damages. Experienced rear-end collision accident attorneys would know how to fight back your rear ended lawsuit.

Antalgic Gait: Is it a Matter of Serious Concern?

Every detail you have to know about a Personal Injury Claim