Every year in the United States, thousands of people die and, many others are harmed due to defective products and toxic pharmaceuticals. If you have been wounded by a defective product, you are not alone; there will be others who have experienced the same situation. When a large number of people file lawsuits for identical damages caused by the same product, the case is referred to be a mass tort. Attorneys who are well-versed in mass torts law will help you with your claim. 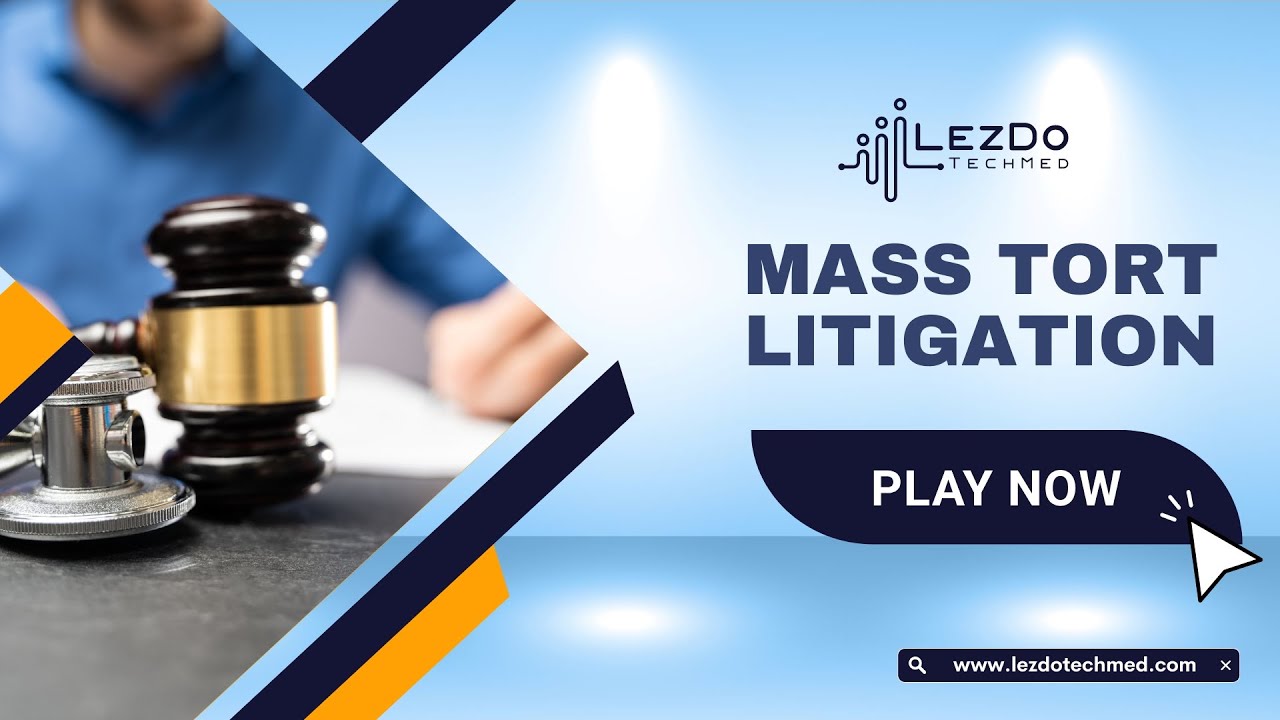 An illegal action of one or few defendants causing injuries or damages to multiple plaintiffs is called mass tort. Each plaintiff maintains a separate lawsuit. All the members from the same groups are treated as individual plaintiffs and, they seek compensation separately. Here single action of the defendant such as intentional behavior, negligence, or recklessness affects numerous people.

The instances have been so severe on mass tort. let us take a look at the subsidiaries of Johnson & Johnson, facing mass tort litigation. They are legally settling the claims against Risperidol. The mass tort on talc verdict gave no ease but gave away millions to the affected. They failed to give proper warning to the mass about its potential health risk which, inflicted a grave mass tort in the decade.

Both mass tort and class action lawsuits are handled differently, yet they both provide the same result.

Mass tort attorneys review all the details about your injuries such as medical records, medical bills, and other expenses incurred as a result of your injuries, and evidence related to your damages or injuries. Then they review other plaintiffs’ details and shreds of evidence who harmed from the same defective product or dangerous drugs. Next, they examine the similarity of the injuries or damages. After comparing the similarity of the injuries from all the plaintiffs suffered from the same product, or drugs if the injuries are similar, the lawyer will proceed with filing the lawsuit against the corporation.

The attorneys will file the lawsuit in federal court as multidistrict litigation (MDL). This MDL helps shorten the time it takes for each complaint to be processed. A small group of lawsuits chosen from a broader group of similar cases will proceed to bellwether trials. At last, the attorneys will try to negotiate with opposition parties to get a settlement. If the other parties did not agree with the fair compensation, the case goes to court for trial.

The objective of multidistrict litigation is efficiency as well as economy. Some examples of civil cases that are combined into MDL are Product liability cases when more than hundreds of people are affected by defective products, dangerous drugs, etc. If the plaintiffs don’t get the settlement amount that they deserve in the multidistrict litigation process, then the case will go to trial at court.

A smaller group of plaintiffs from a large group participates in bellwether trials. These plaintiffs are utilized as test cases in an attempt to predict the outcome of future litigation. A bellwether trial is used in mass torts claim act, where a large number of people are harmed or injured by the same dangerous drugs or defective medical equipment.

Bellwether trials are conducted by multidistrict litigation. In mass torts litigation, bellwether cases are model jury trials used to see how juries react to the evidence and arguments. The plaintiff gets the chance to present the evidence and focus their claims for the successful claim in the court. Both plaintiffs and defendants get an idea of how the juries will react in the particular case. 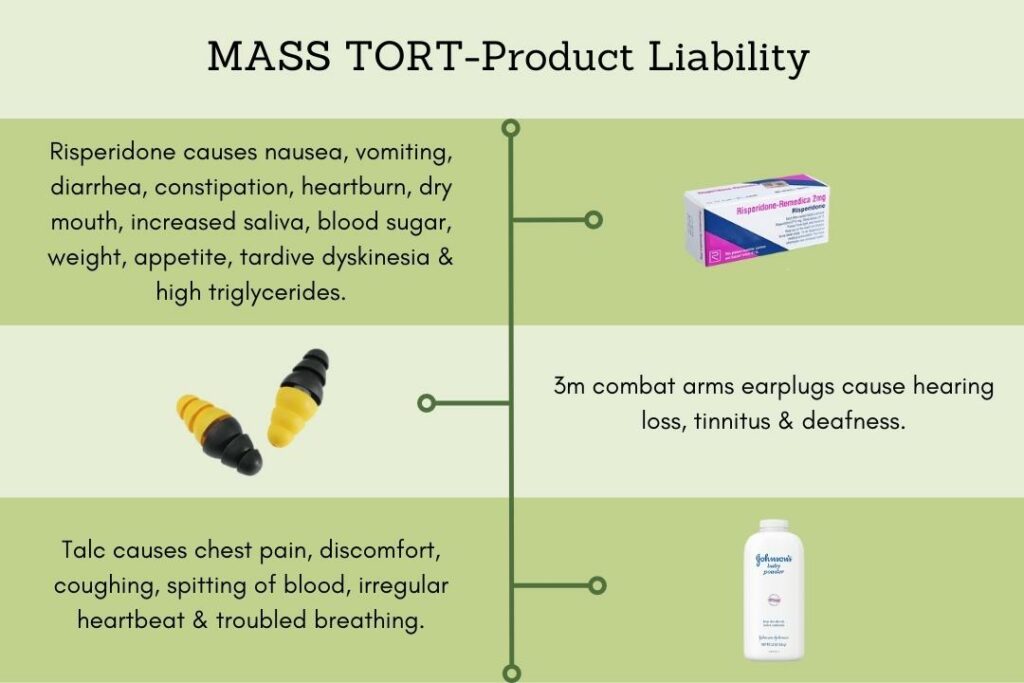 The combat arms earplug is dual-ended and nonlinear. It was designed to provide warriors two options depending on how they wore it. It has a distinct effect depending on which side is utilized. When the user inserts the olive-colored end into the ear, all external noises are blocked and, hearing protection is provided. It is similar to regular earplugs. When a yellow color is inserted into the ear it lowers heavy background noise and allows the user to hear low-level noises such as footsteps and speech.

Due to the dangerous design defect, the users were harmed by hearing loss and tinnitus. More soldiers sued the company that designed the defective product. The company agreed to pay $9.1 million since they provide faulty products. They stopped providing earplugs but, they didn’t recall the defective product. Here is no particular mass tort settlement amount in these cases. The settlement amount will be awarded based on the damages of the plaintiffs.

Pharmaceutics firms have a great deal of power. The list of ingredients provided by pharmaceutics corporations or manufacturers may not be accurate. The drugs or medication companies must clearly state the dosage and side effects when they market the drugs. When they fail to do so, innocent people will be affected when they use a particular product.

Drug prescription side effects include liver failure, heart attack, and other serious complications. It’s U.S. Food and Drugs Administration (FDA) responsibility to examine and approve the pharmaceutical drugs before they come to market. Pharmaceutical injuries are almost the same for all the plaintiffs. So there is a chance for numerous people to file many similar cases in a single court.

When women use talc for feminine hygiene they are increasing their risk of ovarian cancer. More than a thousand lawsuits were filed against Johnson & Johnson baby Powder Company and, they had agreed to pay a $100 million settlement.

Opioids are another example of a medication that has been prescribed incorrectly. According to the Centers for Disease Control and Prevention (CDC), more than 70% of persons died in 2019 from drug overdoses, including opioids. It’s a narcotic pain reliever. When used for a short amount of time, opioids are considered safe. Instead of prescribing it for short-term usage, doctors began to instruct it more frequently. In 2013, the range of prescriptions increased by over 250 million.

Drug companies paid doctors to promote opioid usage that was not approved by the FDA. Many people believe that drug companies are to be blamed for the opioid problem because they promoted opioid drugs through elaborate marketing tactics. Countless Americans have succumbed to addiction. As a result, it affected a more number of Americans.

An example of a defective medical device is an IVC filter. Its purpose is to keep blood clots from migrating from the legs to the lungs and creating a pulmonary embolism. It is placed in the inferior vena cava to prevent blood clots. IVC has life-threatening complications. The complexity includes clogging of the filter, deep vein thrombosis, filter fracture, MRI complications, and device migration. When the plaintiff experiences migration, he or she may need to do open heart surgery or other procedures.

The filters themselves may create clots due to which the filter migrates from one place to another. While moving, it causes fractures in the inner organs. The manufacturer failed to inform about the dangers to the doctors. As a result of this, many patients were affected severely. More cases were filed across the United States over severe injuries and death.

Mostly the plaintiffs sued against three IVC manufacturers include Bard, cook medical, and Boston Scientific. The victims can recover both the economic damages and non-economic damages. In Arizona, the claims were settled at $3.6 million for a woman who sued against bard for her fracture due to an IVC filter. It’s very complex to stand alone to sue in this litigation.

Getting assistance from a mass tort lawyer helps you get a fair settlement for your case. Attorney will review your medical records and all the evidence to handle your claim successfully. They give the medical records to medical review service companies like us to ease their process of handling the case.

The negligence or reckless behavior of the defendants affects people all over the country. In this litigation, the plaintiffs can receive compensation for medical bills, pain and suffering, and future medical bills. As mass tort litigation is complex, contact a mass tort attorney to help throughout your case to achieve fair restitution. 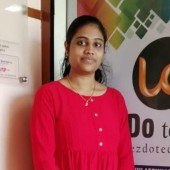 Tiny is a Legal Nurse Consultant and Lead Quality Analyst at LezDo techmed. She has a decade of experience as a Registered Nurse and a Legal Nurse Consultant. She is passionate about learning new things and leading her team in supporting medical-legal industries. When not working, she will be spending time with her two beautiful daughters.

Truvada lawsuits: What does it have in store in 2023?