Since 1960, persons at risk for blood clots have used Warfarin (Coumadin) as their go-to blood thinner. But people taking Warfarin must undergo regular blood tests to ensure they have the proper amount of the drug in the bloodstream.

The users still run the risk of getting blood clots if they take too little medication. Too much might result in uncontrollable bleeding for the patients. Patients must also follow a careful diet to avoid interactions that diminish Warfarin’s effectiveness.

When Eliquis came to market, Bristol-Myers Squibb and Pfizer, the makers of Eliquis, embarked on an “aggressive marketing campaign” to capture a large share of the blood thinner market.

This prescription medication is a newer generation of blood-thinners known as factor Xa medications.

The drug manufacturers stressed the convenience of Eliquis. Unlike Warfarin, Eliquis does not require regular blood testing or a restrictive diet. All patients could take a set daily dose of Eliquis.

But Warfarin has one safeguard that Eliquis lacks: Warfarin has a readily available antidote that can help restore the blood’s clotting ability.

The legal complaint says that in direct advertising to consumers, Pfizer and Bristol-Myers Squibb “overstated” the efficacy of Eliquis in preventing strokes and embolisms while failing to warn that there is no reversal agent adequately.

This could have “life-threatening and fatal consequences.”

As a result, many product liability lawsuits are being filed against Bristol-Myers Squibb Company and Pfizer.

Before moving into Eliquis lawsuits, let me explain to you what Eliquis is, how it leads to numerous cases, what to do if you or your loved one suffered from Eliquis, and finally, the importance of medical record review in your Eliquis lawsuits. 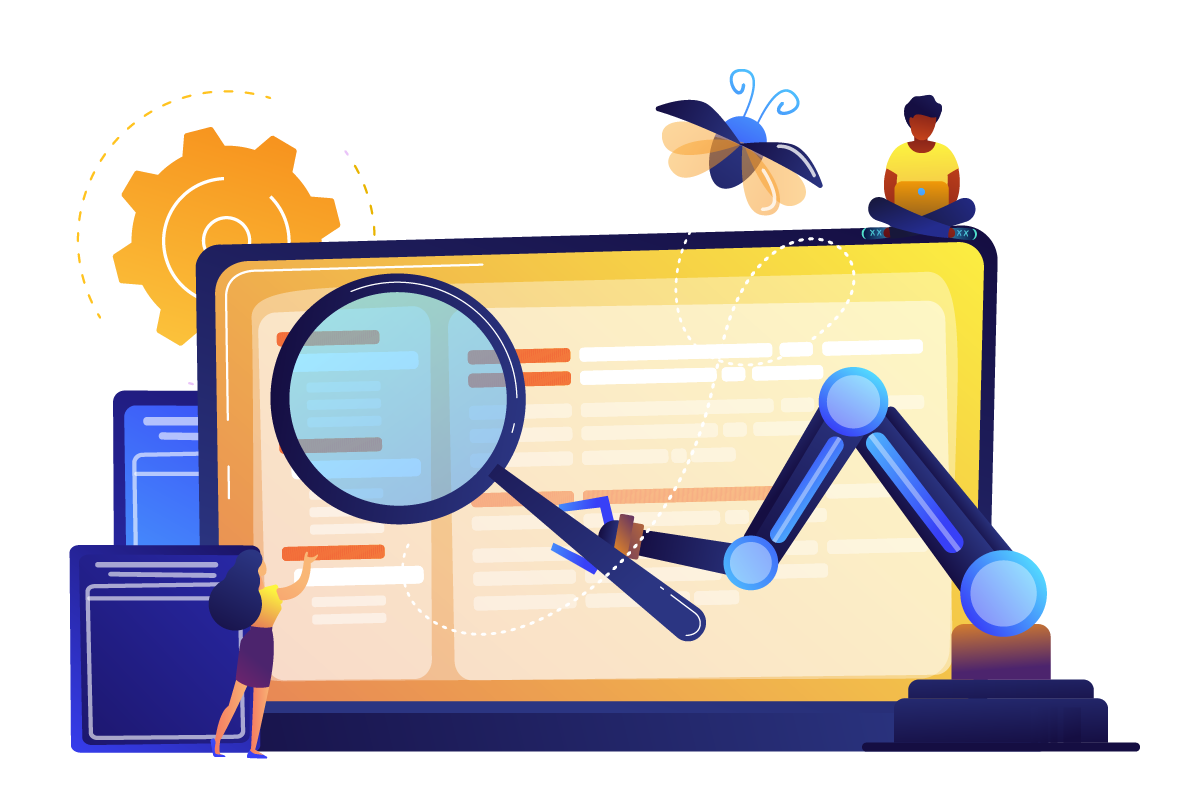 Eliquis is a medication that acts as an anticoagulant or blood thinner. These medications prevent blood clots, which may be highly hazardous.

Blood clots can develop in the legs and move to the heart, brain, and lungs, among other vital organs. Once in certain regions, clots can lead to a blockage that prevents blood and oxygen from flowing, which is often lethal.

Eliquis was approved by the Food and Drug Administration (FDA) in 2012 to treat blood clots and protect against harmful illnesses such as deep vein thrombosis, stroke, and pulmonary embolism.

When will Eliquis have a generic?

A generic version of Eliquis, called apixaban, has been approved, but it may be available in 2026 due to a patent dispute.

An identical version of the active ingredient in a brand-name medicine is a generic drug. Generic medications typically cost less than name-brand ones.

Eliquis during Pregnancy and Breastfeeding

There is no sufficient and thorough research on Eliquis in pregnant mothers. Treatment is thought to make bleeding during pregnancy and delivery more likely.

Only if the benefits outweigh the risks to the mother and fetus during pregnancy should Eliquis be used.

Depending on Eliquis’s importance to the mother, women should be advised to stop nursing or take the medication.

According to the first, The FDA mandated in August 2014 that Eliquis’ labeling include a warning about the medication’s potential risk for stroke.

The second warning informs patients that quitting Eliquis may raise their risk of pulmonary embolism, stroke, or blood clots.

If a patient is taken off Eliquis before therapy is complete for any reason other than “pathological bleeding,” the caution advises clinicians to explore alternate anticoagulant medication.

If you are pregnant or trying to get pregnant, inform your prescribing physician. The possibility of breastfeeding mothers giving Eliquis to nursing infants through breast milk is under investigation.

Eliquis is not recommended for people with a history of liver or renal illness or prone to bleeding. Before taking Eliquis, talk to your doctor about any health issues, such as stomach ulcers or antiphospholipid syndrome (which increases the risk of blood clots).

Eliquis should not be used with other anticoagulants like Warfarin or heparin. Your chance of experiencing gastrointestinal bleeding may rise if you consume alcohol while taking Eliquis.

Your doctor might advise you to temporarily stop taking Eliquis if you will be having surgery soon, such as dental surgery. Tell about any recent operations you’ve undergone, notably spinal and heart valve procedures.

Antifungals, antibiotics, drugs for irregular heartbeat, and anti-seizure medications may interact negatively. While taking Eliquis, patients can be advised to avoid NSAIDs (such as aspirin or ibuprofen).

The manufacturers advertise Eliquis as a safe alternative to Warfarin. The Aristotle clinical study distorted safety data to suggest that Eliquis is not as secure as the manufacturers want the public to believe and fell short of proving that the drug was less dangerous than Warfarin.

According to the FDA, Eliquis’ producers failed to disclose adverse medical events, such as drug-related fatalities and left out medical results from the original study.

However, there is little data to back up this assertion, and many Eliquis users report adverse reactions that can be fatal.

What are the adverse side effects of Eliquis?

Eliquis carries several dangerous side effects far more severe than Warfarin and other blood thinners. In particular, Eliquis can cause serious internal bleeding that can cause severe complications.

The side effects of this drug include,

Unlike Warfarin, doctors cannot provide a quick antidote to help reverse the side effects of Eliquis. Sometimes, these side effects may be fatal or cause life-lasting complications.

These side effects caused by Eliquis led to numerous Eliquis lawsuits against the manufacturers.

Is Eliquis hard on the kidneys?

Many leading cardiac specialists believe Eliquis is superior to other blood thinners since the kidneys break down only 25%. Although this may be encouraging for older adults with renal issues, the FDA is still investigating Eliquis to identify its effects on the liver and kidneys. 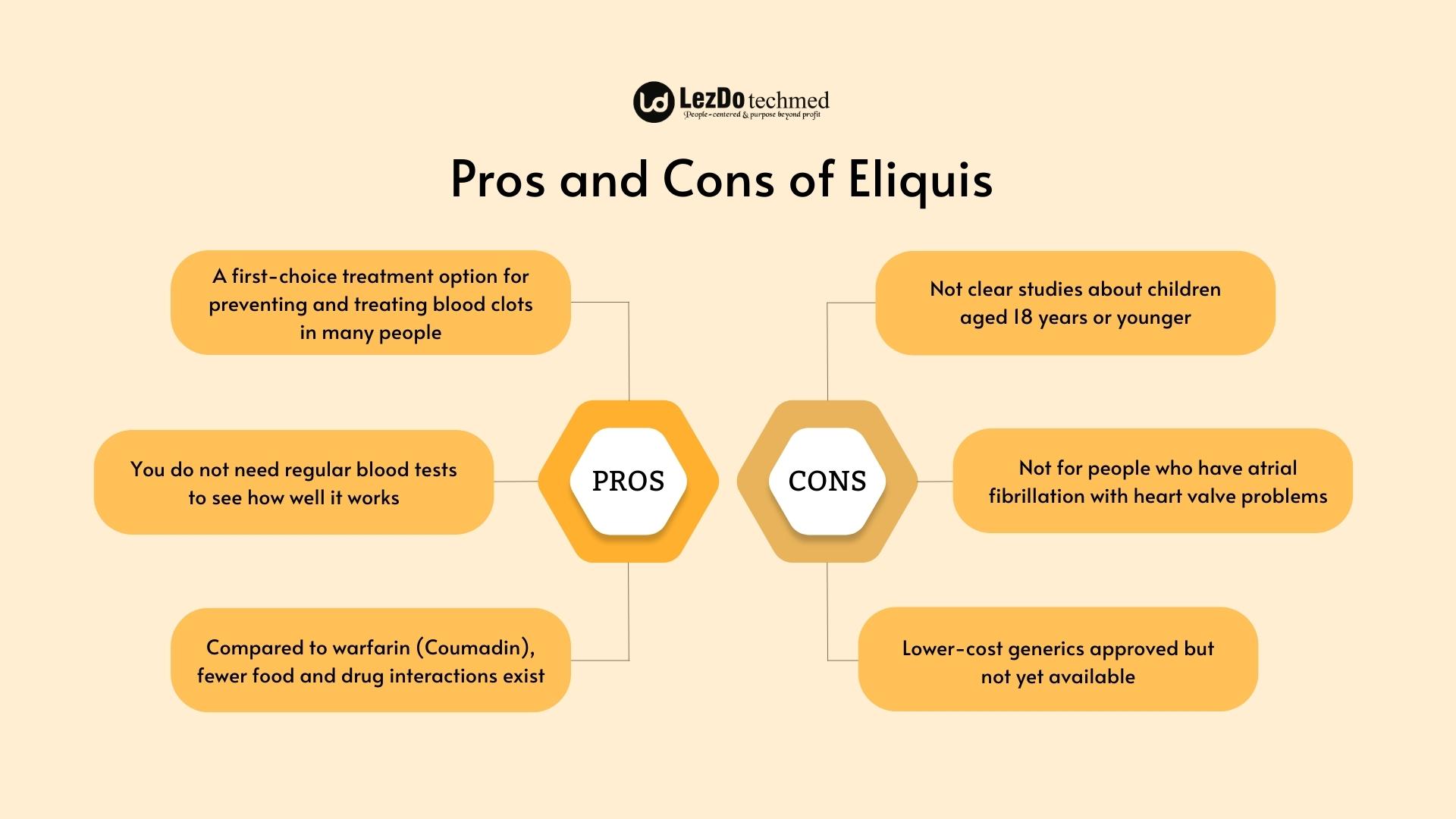 Pfizer and Bristol-Myers Squibb are defendants in more cases alleging that Eliquis caused injuries and fatalities. Plaintiffs in Eliquis cases accuse the drug makers of several causes, including the following:

Eliquis lawsuits against the manufacturers

Deborah Herschell brought the initial action against Bristol-Myers Squibb and Pfizer. She said that Donald, her husband, was given Eliquis because he had atrial fibrillation, an irregular heartbeat that raises the risk of blood clots.

He started using the medication in 2014, and shortly after, he was sent to the hospital for severe brain bleeding and subarachnoid hemorrhage. This led to a second bleeding event, ultimately leading to his death.

The manufacturers claim that Eliquis is superior in safety and effectiveness to Warfarin, but there needs to be more clear evidence in its support.

Plaintiff filed an Eliquis lawsuit claiming that the defendants failed to adequately explain the dangers connected with their blood thinner and possibly life-threatening conditions such as severe bleeding. This adverse effect seriously affected the plaintiff, according to the complaint.

By promoting the medicine despite knowing that patients may die, the corporations, according to the lawsuit, ignored patient safety. Eliquis, whose sales in 2015 totaled $1.9 billion, was promoted by Bristol-Myers and Pfizer, according to the complaint.

Carmen Flores filed an Eliquis stoke lawsuit against Bristol-Myers Squibb and Pfizer in 2017, claiming that she had experienced significant gastrointestinal bleeding and an ischemic stroke, which caused brain damage since the brain’s blood supply was cut off.

After being diagnosed with atrial fibrillation, Charlie Utts was given Eliquis. He reportedly took the blood thinner on July 16, 2014, and as a result, he experienced significant internal gastrointestinal bleeding. Dialysis and blood transfusions were needed to treat his condition.

Charlie Utts and his wife Ciara claimed in their case that the makers of Eliquis did not provide patients and medical professionals with sufficient warning.

In February 2017, the Southern District of New York’s Judicial Panel on Multidistrict Litigation (JPML) consolidated pending Eliquis lawsuits into a multidistrict case (MDL No. 2754- IN RE: Eliquis Products Liability Litigation, presided over by Judge Denise Cote).

Cote was given responsibility for the MDL, which will be used to adjudicate the ongoing Eliquis lawsuits throughout the country. Approximately 53 proceedings were pending across 17 different sites at the time of consolidation.

2018: The Superior Court of Delaware received many Eliquis lawsuits, all of which alleged the same things: that the medicine caused serious or deadly bleeding issues and that the drug’s manufacturer hid the fact that there was no way to reverse the drug’s blood-thinning effects.

2019: The 60 Eliquis lawsuits made against Bristol-Myers Squibb and Pfizer Inc. about the risks of their blood thinner medicine were rejected by the U.S. Circuit Court in New York.

The defendants in the lawsuit are responsible for the internal bleeding warnings and dose modifications that must be included on pharmaceutical labels to mitigate the risks. Up until April, litigants filed 283 claims against pharmaceutical corporations. There were no active cases in the MDL as of September 2019.

There are no new developments in this dispute as of November 2022.

Is Eliquis the only blood thinner facing numerous blood-thinner lawsuits?

Common anticoagulants, including Coumadin, Xarelto, Heparin, Lovenox, Plavix, and Pradaxa, are some of the other blood thinners facing several lawsuits.

Who can file an Eliquis lawsuit?

Any patient prescribed Eliquis and then suffered a severe bleeding event may be eligible to file an Eliquis lawsuit. Eliquis Lawsuits are likely to involve:

But any excessive, irreversible bleeding may qualify former Eliquis patients to bring an Eliquis lawsuit against the drug’s manufacturers.

What can you recover in an Eliquis blood thinner lawsuit?

If you can demonstrate that an Eliquis bleeding incident brought on your losses, you can get them back by bringing an Eliquis lawsuit. Your loved one and you could be qualified for the following:

Before submitting your Eliquis lawsuits, you should be conscious of the significance of medical records. It helps your Eliquis lawsuit attorneys to review your medical history and informs them of how Eliquis’ side effects have hurt you or a loved one.

As a result, your blood thinner lawsuit lawyers strengthen your Eliquis lawsuit and ensure you get fair compensation.

Dietary Supplement Lawsuits and the Glamour of Supplements: Top 5 FAQs 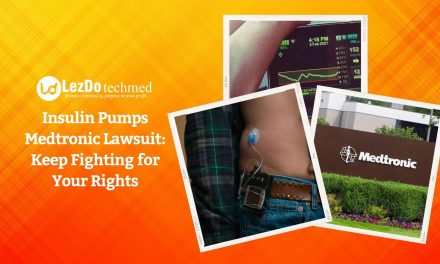