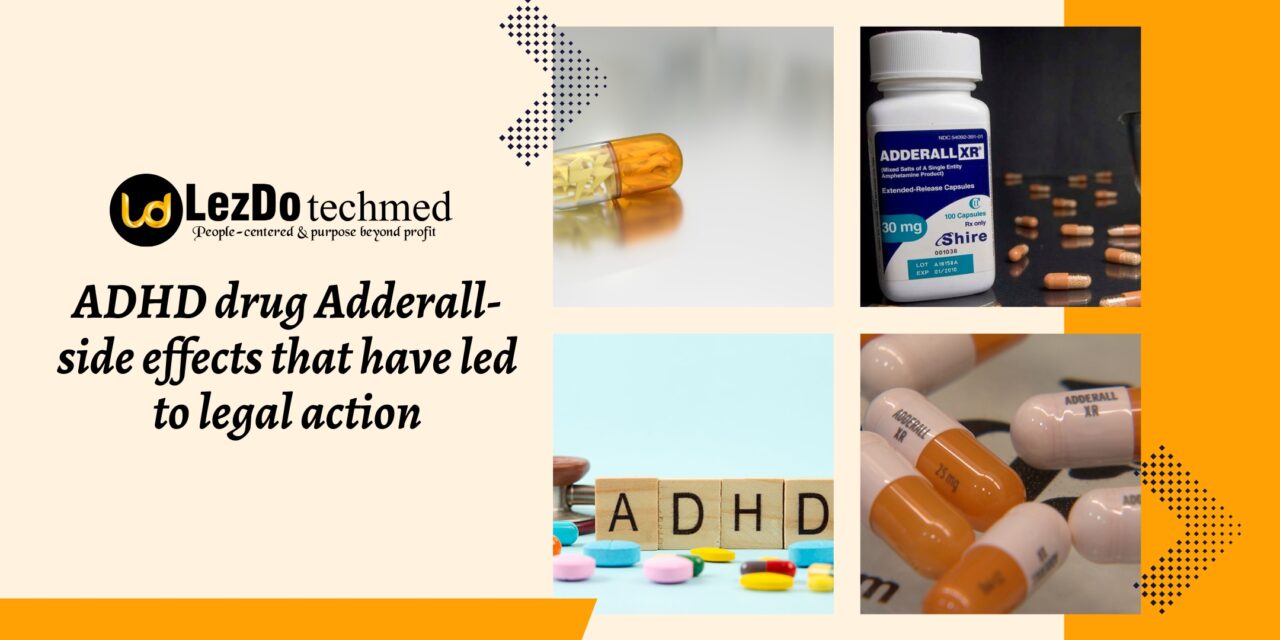 Is your child’s medication for ADHD putting them in danger of suffering a critical illness or the inevitability of death?

Has a person in your family been prescribed medication for ADHD, only to encounter detrimental consequences?

If you are using medication for ADHD, you should be aware that the dangerous ADHD drug Adderall can have life-threatening side effects.

Let me thoroughly explain to you what ADHD is, what Adderall is, what its side effects are, and how to file a lawsuit if you are experiencing Adderall’s side effects through this blog.

Do you know what is ADHD?

One of the most prevalent neurodevelopmental conditions affecting children is ADHD (Attention Deficit Hyperactivity Disorder).

It is generally diagnosed for the first time as a child and remains throughout adulthood.

Children with ADHD may have trouble focusing, controlling impulsive behavior (doing without thinking through the repercussions), or controlling their level of activity.

Amphetamine and Dextroamphetamine are both included in Shire’s pharmaceutical drug Adderall. It is a member of the stimulant class of drugs.

Studies on Adderall and Adderall XR demonstrate that the medications increase focus and attention while decreasing impulsive behaviors.

The first-choice therapy option for ADHD is Adderall. With the usage of stimulants like Adderall, between 75 and 80 percent of youngsters with ADHD will have less severe symptoms.

Background of ADHD drug Adderall and its usage in America

In 1996, the FDA authorized the first version of the ADHD drug Adderall. Shire Pharmaceuticals, the company that distributed it, later released Adderall IR, and Adderall XR, which are Schedule II drugs with a high risk of misuse and dependency.

According to the FDA statistics, there are now significantly more adults with Adderall prescriptions than ten years ago.

The American Psychiatric Association reports that ADHD is the most frequently identified mental health condition in children.

But many medical professionals are of the opinion that children who are “supposed” to have ADHD shouldn’t be given stimulants.

In addition, an FDA Advisory Committee reported in February 2006 that many kids are getting ADHD medications because the diagnosis is so contentious.

What does the ADHD drug Adderall do to a person with ADHD?

The ADHD drug Adderall causes users to become hotter and sweatier, which keeps them awake and alert while suppressing appetites.

Adderall can alter the way the brain’s neural networks are organized and how emotions are controlled when it is used often or abused.

Is the ADHD drug Adderall habit-forming?

Generally speaking, whether or not you use Adderall to treat ADHD, it can be addictive. To prevent addiction and allow for necessary adjustments, Adderall consumption will be tracked and regulated over time if a doctor recommends it for ADHD.

Taking the ADHD drug Adderall as directed can, reduce your chance of becoming addicted to it or other stimulants.

It is unusual, if ever, for Adderall to cause addiction when used as recommended in treating ADHD. On the other hand, using stimulants to treat ADHD stops people from becoming addicted to other drugs in the future.

Side Effects of ADHD Drug Adderall

The stimulants in the ADHD medication Adderall can significantly elevate your blood pressure, so it’s important to keep that in mind.

Patients who are taking the ADHD drug Adderall are advised to check their blood pressure regularly and notify a doctor right away if anything is abnormal.

In addition to high blood pressure, significant Adderall side effects which need medical treatment are mentioned as the following:

A lot of college students use Adderall to increase their performance – even if they don’t have ADHD. However, many are unaware of the dangers and side effects by abusing this drug. #DrugFreeUC pic.twitter.com/UEbJZDy6Mr

The ADHD drug Adderall may have some adverse effects if used for an extended period. These include addiction, cardiovascular damage, mental health disorders, and children’s developmental delays.

Many also wonder if Adderall may have less well-known side effects like dementia and sexual side effects.

Are side effects of the ADHD drug Adderall different in women and men?

Is the ADHD drug Adderall harmful to your liver?

The liver and kidneys in the body break down Adderall. You might experience higher than usual levels of Adderall in your system after taking it if you already have liver damage.

Despite some evidence to the contrary, it is highly improbable that taking prescription Adderall by itself would cause severe liver damage. If amphetamines are used without a prescription, liver damage is more likely.

Most of those fatalities were people using the Adderall prescription medication for ADHD.

Are there any lawsuits against ADHD drug Adderall?

Plaintiffs have filed Adderall lawsuits against companies for their suffering because of the adverse effects of the ADHD drug Adderall and related medications.

The drug Adderall has been the subject of several Adderall Lawsuits in recent years brought by plaintiffs who claimed that the drug’s harmful side effects had hurt them or that the medical community had encouraged its use to boost the manufacturer’s profits.

The number of Adderall lawsuits filed against Shire Pharmaceutical has increased in recent years due to the deaths and injuries that patients taking various prescription medications have experienced.

What are the allegations against Adderall?

According to Adderall lawsuits, Shire Pharmaceuticals advertised a hazardous substance while being careless, which led to several individuals using the medication being hurt.

Shire allegedly broke the False Claims Act by making up data on the effectiveness of Adderall XR and other ADHD drugs, according to Adderall Lawsuits.

Shire promoted the ADHD drug Adderall XR as “clinically superior” to other ADHD medications from January 2004 to December 2007, according to the settlement agreement.

On January 30, 1999, Ryan Ehlis, 26, of Grand Forks, shot his 55-day-old Tyra. He had been using the ADHD drug Adderall to increase mental focus for a long time.

In court, psychiatrists testified, and the judge agreed that Ehlis’s use of the ADHD drug Adderall prevented him from having the mental ability to comprehend what he was doing.

Its label states that at prescribed levels, it may rarely result in “psychotic episodes.”

Ehlis claimed that he hopes to utilize the Adderall lawsuit to increase public awareness of the risks associated with a number of prescription drugs. “More has to be learned about these drugs,” he said.

Joseph’s psychiatrist prescribed him Adderall for the management of his ADHD. On May 13, 2008, Joseph suffered a psychotic episode characterized by paranoid delusions, leading to him being involuntarily committed to Palmetto Health Baptist on that same day.

When Joseph was released from the hospital on May 28, the psychiatrist procrastinated an Adderall prescription. Still, Joseph’s health remained unstable, and he was sent to the hospital once more on June 25.

On June 16, 2011, Joseph filed a medical malpractice complaint against the psychiatrist, saying that the psychiatrist had improperly prescribed the ADHD drug Adderall, which contributed to Joseph’s psychotic episode.

Because his Adderall complaint did not meet the statute of limitations, the judge dismissed it.

There is no lawsuit spotlighted in 2022, but the patients who consume Adderall face another problem, there is a national shortage of this dangerous drug Adderall.

Is there a national shortage of Adderall?

Yes, there is a nationwide scarcity of the ADHD drug Adderall which may make things much worse. Due to this, patients who depend on tablets for their ADHD are now scurrying to find alternative therapies and are unsure of their ability to continue taking their prescriptions.

The scarcity of the ADHD drug Adderall is uneven, according to doctors, with some pill formulations and dosages being more readily available than others. As a result, patients having problems getting their hands on Adderall have alternative options.

The other Common ADHD Medications are:

What are the newest ADHD medications?

In 2021 and 2022, the non-stimulant Qelbree received approval to treat ADHD in both children and adults.

Two further new ADHD drugs on the market are Jornay PM and Adhansia XR, stimulant medicines authorized by the Food and Drug Administration in 2019 for both children and adults.

Jornay PM is taken in the evening, as opposed to other stimulants, and starts functioning by the time the patient wakes up and continues throughout the remainder of the day. Six extended-release capsules of Adhansia XR are offered, some of which currently have some of the highest dose levels on the market.

Does you or a loved one encounter a heart attack, stroke, or other serious illness after taking the ADHD drug Adderall?

You can file a claim for compensation for your injuries. You may be eligible to file a product liability claim if you feel that a harmful or faulty medication caused harm to your health or other losses.

Factors to take into account before bringing an Adderall lawsuit

Before filing an Adderall lawsuit, be aware that there is a deadline called the statute of limitations, after which you cannot file a lawsuit in each state. You may only have a year to file a claim in some states, so file as soon as possible to preserve your legal options.

The importance of medical records is something else you should be aware of. It assists your lawyer in reviewing your complete medical history and informs him of how the adverse effects of the ADHD drug Adderall have harmed you or a family member.

Consequently, your attorney enhances your claim and ensures that you are fairly compensated.

For the best medical record review, pick a company like LezDotechmed.

Dietary Supplement Lawsuits and the Glamour of Supplements: Top 5 FAQs 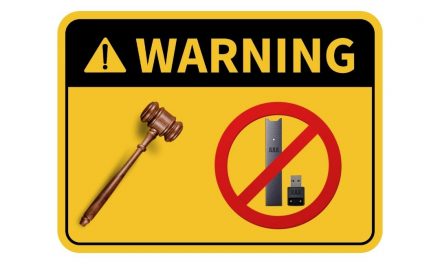