The Ins and Outs of Traumatic Brain Injury and the Claim

Brain injury of an individual from an accident would be equally traumatizing to his loved ones. As u all know, the brain controls the physical as well as emotional stability of a person and a brain injury can lead to permanent disability or even death of the individual.

The definition of a traumatic brain injury (TBI) has not been universal, and it varies depending on specialties and circumstances. In simple terms, a Traumatic Brain Injury (TBI) is a brain damage resulting from a severe blow, bump or jolt to the head. Not all head injuries result in TBI.

It is a serious public health concern causing death and disability for thousands of individuals every year. As per the data of The Centers for Disease Control and Prevention (CDC), TBI contributed to the total deaths of 56,800 people including 2,529 child mortalities in the year 2014. Falls contributed to 4 out of 5 (81%) TBI-related emergency room visits in older adults aged 65 years and older. Each year, 80,000-90,000 people develop long-term or permanent disabilities as a result of a traumatic brain injury.

The injury can be mild resulting in a concussion or could be severe leading to a coma. The impact of the injury if confined to a specific area of the brain results in a mild impact. Mild traumatic brain injury accounts for about 2.5 million emergency room visits in the United States per year. A moderate or severe TBI can produce mores symptoms and complications

It is caused by the direct impact of the mechanical force on the brain. Primary injuries could be either focal or diffuse. In some cases, it is possible for both types to co-exist. Focal primary injury leads to contusion, laceration, and intracranial hemorrhage. Diffuse injuries may lead to diffuse axonal injury or brain swelling

It is caused by cellular damages as a result of the primary injury. Excitotoxicity, mitochondrial dysfunction, oxidative stress, lipid peroxidation, neuroinflammation, axon degeneration and apoptotic cell death are the factors associated with secondary injury.

A typical TBI is characterized by direct tissue damage and impaired regulation of cerebral blood flow and metabolism. This causes the accumulation of lactic acid due to anaerobic glycolysis, increased membrane permeability, and consecutive edema formation. ATP depletion takes place along with the excessive release of excitatory neurotransmitters and Ca2+- and Na+-influx. Ca2+- and Na+-influx causes self-digesting intracellular processes. This ultimately ends up in membrane degradation of vascular and cellular structures and cell death.

The symptoms of traumatic brain injury could be mild, moderate or severe which depends entirely on the type and extent of the injury. It may last for few days to few years or could last lifelong in severe TBI cases. The signs and symptoms are also found to be related to the age and health condition of the individual.

The symptoms of a TBI can be physical, sensory, cognitive or all. The following are the most commonly reported signs

A person’s recovery from TBI may be affected not only by the severity of the brain injury but also by the type of injury. The following are the most common types of sequelae developed from TBIs

A hematoma is a blood clot within the brain tissue or underneath the skull. It’s most commonly caused by trauma such as car accident or fall. Intracranial hematoma can be subdural, epidural or intracerebral depending upon the location of blood clot in the brain. Headache, nausea and dizziness are some common symptoms which need not become evident right after the injury. It may be visible even after days or months after the injury.

Cerebral contusions are bruises in brain tissue occurring due to a head injury. The injury causes shock both at the point of impact and the opposite side of the brain. It is also called a coup -contrecoup injury. Contusions are common brain injuries in motor vehicle accidents where the head is propelled forward and accelerated and then moved back in deceleration.

When the brain lags behind the movement of the skull, portions of the brain are torn away. This causes a diffuse axonal injury. It is often caused by violent shaking or turning of the head, such as during a car accident. As axons enable nerve cell communication, damage to them may lead to permanent disability and loss of brain function.

One of the most common forms of brain damage from car crashes is diffuse axonal injury, which occurs in about half of all serious head traumas.

Ischemia is a diffuse injury caused due to insufficient blood supply to certain parts of the brain. This causes cerebral hypoxia due to lack of oxygen and results in death of the brain cells.

Skull fractures refer to the fracture of bones in the brain due to a severe trauma. Linear skull fractures or minor cracks in the skull is most commonly reported in TBI. Fractures if mild may be healed over time. Serious fractures may lead to complications like bleeding, leaking of cerebrospinal fluid, brain damage, infection and seizures.

In a TBI, there is no treatment to reverse the trauma. But timely diagnosis and treatment could help to stabilize the individual and prevent further complications. Primary diagnosis of TBI involves neurological examination utilizing the Glasgow Coma Scale (GCS). Scores are given based on verbal responses, physical responses and how easily the patient can open his eyes.

The FDA has not cleared or approved any medical products for the sole purpose of diagnosing or in Traumatic Brain Injury treatment.

Apart from that, diagnosis assesses reflexes, thinking, eye movement, motor functions, coordination, and sensory functions. Though imaging tests like CT scans or MRI scans cannot diagnose a TBI, it can be used to evaluate and manage bleeding within the brain. Skull x-rays can be used in patients with mild neurological disorders.

A multidisciplinary team of medical experts would be required to treat a patient with severe TBI. The team includes a primary care physician, neurologist, surgeon, physical therapist, and psychologist.

In cases of mild TBI, a CT scan is periodically done to observe if the hematoma is getting enlarged. Medications include opioids, anti-seizure drugs, diuretics, and drugs to induce sedation or coma.

Surgical intervention is the important treatment strategy used to manage moderate and severe TBIs. A hematoma or a contusion could be effectively removed through surgery. Skull fractures are also repaired using surgery. Even after the treatment, the patient may require rehabilitation to overcome the trauma. It is done to regain a patient’s physical strength, speech, mobility, and memory or cognitive abilities. This may be for few days or maybe lifelong.

Within a few months, the cost of traumatic brain injury treatment may reach thousands of dollars. When the victim requires lifetime treatment and rehabilitation, it may cost several million dollars.

If the victim acquires a permanent disability, he may be unable to carry out any Activities of daily Living (ADL).  This makes the family of the victim face a huge financial crisis with the burden of caring for the victim or providing him an assisted-living facility. Victim of a TBI has the rights to file a lawsuit to claim the damages caused by the injury

In the US, various federal and state sources offer funds to support TBI patients. Medicaid Home- and Community-Based Services (HCBS) waivers are active in 47 states across the US.

When a TBI is the result of someone else’s negligence, you will be able to file a lawsuit with the help of an expert personal injury attorney. A TBI lawsuit should be filed by the victim against the negligent party within the statute of limitations. This may vary from one state to the other.

The following parties may be held liable in a TBI lawsuit

Calculating the damages for a TBI settlement is a complicated process that consider a number of factors. The following are the economic and non-economic damages that could be covered under a TBI lawsuit

None of these points can medically claim that the victim does not have a TBI. Loss of consciousness can never be associated with a TBI. The effect of the injury may be in-depth than talking or moving. The greatest challenge in a traumatic brain injury lawsuit is to establish the injury through medical records.

Microscopic lesions in the brain and damage to the neurons need not be visible in an MRI scan and neurologists mostly rely on the medical history of the patient and the clinical presentation for diagnosis. These factors are presented by the insurance companies and the defendants to claim that the victim has not suffered any TBI.

Testimony from medical experts plays a major role in any traumatic brain injury lawsuit. Through the claimant’s medical reports, they help to prove the defendant’s negligence in the injury. Data models or simulations of the accident may also be used.

Negotiating a settlement is the most critical task of the attorney. Since jury trials are often unpredictable, reaching an agreement may be a desirable result. This would save the time and expense of a trial for both parties. If negotiations do not end up in a reasonable settlement, the case may be taken for trial.

As per the Brain Injury Association of America, TBI victims can expect to pay:

Residential facility rehabilitation: up to $2,500 a day

Hospital-based rehabilitation: up to $8,000 a day

However, compensation amount may depend on the following factors

Seeking immediate medical care is vital in a TBI. It helps not only for better diagnosis but also to avoid the defendant’s attorney discrediting the claim by pointing out the failure to seek prompt medical attention. Timely diagnosis also helps in reducing “second impact syndrome” which is the common risk associate with a TBI.

No Two Brain Injuries are Alike. To win any TBI lawsuit, it is very critical to get the assistance of a personal injury law attorney knowledgeable about TBIs and the medical issues that come with them. The attorney would associate with expert medical professionals and review medical records of the claimant. This helps to analyze the impact of the injury on the claimant and his future medical needs. This would undoubtedly reflect in settlement negotiations or in the court. 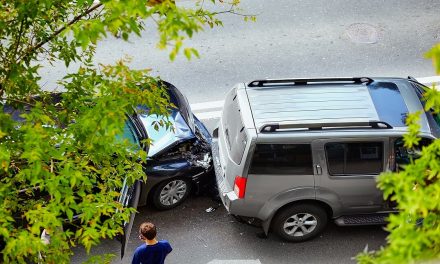 Every detail you have to know about a Personal Injury Claim