Lawsuit for Bus Crashes: The 10 Most Burning Questions Answered Here 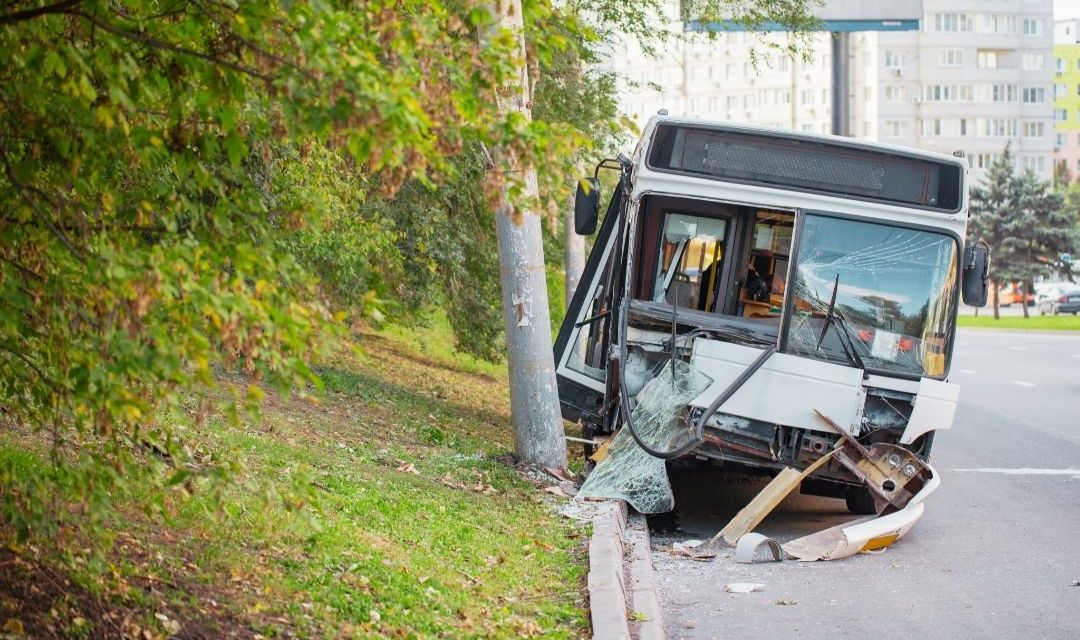 Bus is a mode of commutation that intends to transport a group of people at a time. Annually 700 million residents in the United States are relying on buses for their day-to-day errands and endeavors. This include school buses, board city buses, smaller commuter buses, long distance buses, such as Greyhound and tourist buses.

Considering the fatal bus crashes between 2008 and 2018, 12% of them involved intercity buses, 40% was school bus crashes, and 35% involved transit buses. The highest number of bus crashes were reported in New York.

Annually, bus crashes contribute to only a small portion of the total fatal accidents. Still, they end up in massive calamities. A fully-loaded school bus can weigh about 42,000 pounds, comparing to an average passenger automobile which weighs around 3,000 pounds. The consequence of a bus accident could be serious personal injury, property damage, or even death of the bus occupants and other people in the road.

While remembering the 21 lives lost at the deadliest bus crash on Alton on September 21, 1989, this video delves into the details of the crash.

Edinburg Fire Chief Shawn Snider, an Alamo firefighter at the time, responded to the scene with the Alamo rescue boat, which brought many students to safety. he said, “We had to basically chop all the windows out so we could get a greater opening for the firefighters that were swimming inside the bus to recover the students.”

Earlier the school bus, which was going to the school with 81 students fell into an excavation pit filled with water, when it was collided by a delivery truck. it was one of the tragic bus crashes in the history of America.

Let’s delve into the blog to know more about the causes and consequences of bus accidents.

What Cause Bus Crashes?

The common causes of bus accidents are discussed below.

Improper maintenance of the bus makes it fizzle, leading to a mishap. Lack of seatbelts, defective brakes, worn out or under-inflated tires, lack of safety devices, etc. prevent buses from operating safely. Lack of a systematic upkeep and maintenance by the bus companies are often reported to be the culprit in many bus crashes.

Negligence of the driver

The following are the common aspects of negligence in bus drivers that may lead to a bus accident.

When it’s snowy or rainy, buses may skid and slide. Unfavorable weather may prevent the driver from having a clear vision of the road. Due to the heavy weight of the vehicle, quickly maneuvering would not be possible, that may end up in bus crashes.

Overloading the bus with passengers can lead to serious wrecks. An overloaded bus cannot accelerate as usual. The tires of the bus may overheat thereby increasing the chance of blow-outs. The driver may lose control over the bus leading to a crash.

The blind spot is an area that you can’t see in your mirror or with your eyes when driving, unless you move your head and look away from the road ahead. Failure to check the blind spot when merging or changing lanes often cause bus crashes.

Left-turn moves of transit buses are related with a particularly high rate of pedestrian collisions. When the bus operators fail to notice the left turns or curves, bus crashes may happen.

The following video analyses the cause of a deadly bus crash in Texas a few years back.

The types of injuries from bus crashes are extensive. The sudden impact in the absence of a seatbelt to provide restraint results in fatal injuries. Some of the potential injuries from a bus accident are conversed below.

Do’s and Don’ts After a Bus Accident

Were you a passenger in the bus or an occupant of another vehicle collided by the bus?

Were you a pedestrian collided by the bus?

The response to these queries is very crucial before letting you know how you should proceed with a bus accident lawsuit. The transportation company, vehicle manufacturer, driver, government entity, or other motorists might be liable in a bus accident claim. You can take the following steps immediately after a bus crash. 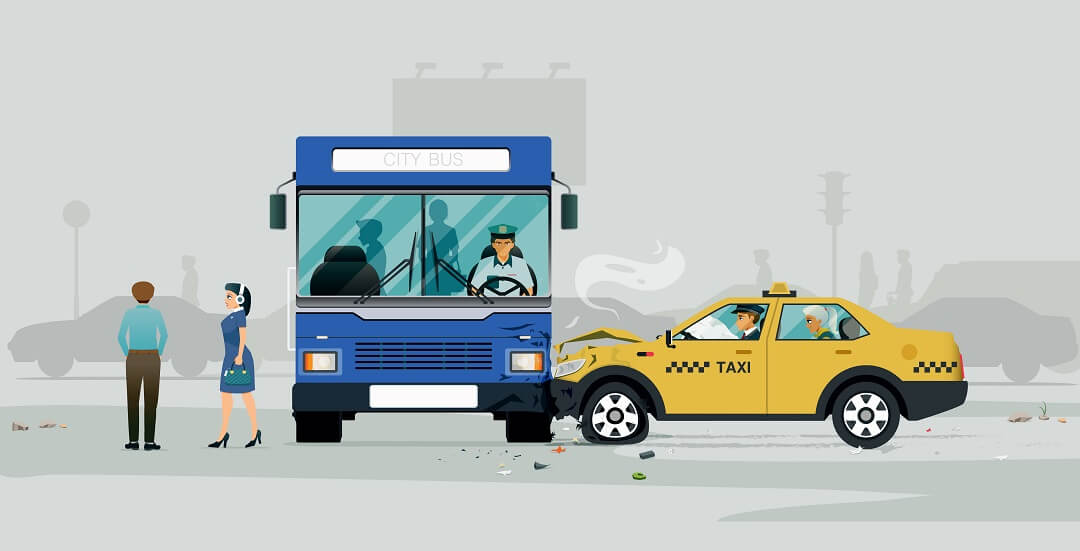 After the crash, you must seek medical attention, whether your injury level is severe or minor. Medical reports would showcase the treatment provided in the emergency room, treatment given by the primary physician, the future treatment recommended, pharmacy bills, and other billing information. Medical records also prove the severity of your injuries.

Do not overlook your bus accident injuries. Even minor injuries may turn out fatal. Discuss your pain and discomfort with the physician. Saving all the medical records would help when you file a personal injury claim.

Dial 911 and seek help. The traffic collision report prepared by the police includes the date and time of the crash, details of the at-fault parties, statements, contact and insurance details of the individuals involved, photographs of the accident scene, and contact details of the witnesses. These details could help you during the lawsuit.

Never give unnecessary statements to the police. Always bear in mind that your statement about your injuries or the damages may act against you.

Photographic evidence can have a crucial impact on a jury when it comes to demonstrating liability in a bus crash lawsuit. Capture photographs and video footage of the accident scene along with the damages you have sustained. It would reflect the impact of the collision, which would benefit you during your personal injury litigation.

Get witnesses if possible. Witness statements would be more vital than you assume. Gather the name of the bus operator and other details. Note down the information regarding the number plate and the company to which the bus belongs. Try to collect the maintenance record of the bus from the bus company.

You may file the claim after some weeks. Taking notes may help you file a personal injury lawsuit without missing any details.

Don’t share anything about the injury or the accident with anyone before consulting your bus accident attorney. Keep all the details of the case with you.

Wait until you get proper legal advice from your attorney. The insurance company may try to manipulate you.

It’s natural to feel helpless after an accident. Consult a proficient bus accident lawyer. He would investigate every possible way to recover compensation. It takes time to solve your case. Before any negotiation, know well about your case and follow the instructions of your attorney.

The lawsuit would begin when the claim is filed. The legal proceedings are the same as any other motor vehicle accident. It may end up in settlement or proceed towards a trial.

A video of a bus crash with a car is posted by the car driver asking whether he was at fault is analyzed by the ABC news channel.

Let’s now move on to some of the possible queries that you may have while claiming for bus crashes.

1. What are the types of losses for which you could seek compensation?

You can seek compensation in the same way you could in any other motor vehicle lawsuit. Current and future medical expenses, property damage, Loss of wages, pain and suffering, emotional distress, loss of consortium, disability, etc., are some of the common damages for which you are entitled to seek compensation.

2. What if you were a passenger on the bus during the crash?

You would receive special protections considering the bus as a “common carrier.” The bus company owes the utmost duty of care to the passengers, from safe boarding to safe exit.

3. You got injured when the bus operator started driving off before you had fully exited. Can you sue?

Absolutely you can sue if it is his negligence and is responsible for your damages. Make sure you have valid evidence to prove that the negligence of the driver was the reason for your injuries.

4. If you were the driver of a vehicle that was hit by a bus, who is liable for your damages?

If the accident happened because of the fault of the bus operator, you could sue him or the bus company. If there is some degree of fault from your side, then the lawsuit may differ depending upon the type of negligence law enforced in your state.

5.  What should you do if the bus company approaches for a settlement?

Do not sign any forms from the bus company or its insurance carrier. Never accept or agree to get any settlement before consulting a bus accident lawyer. It may hold you back from filing the lawsuit.

6. What is the value of your bus accident lawsuit?

The value of your bus crash claim depends on the state you reside in, the severity of the injury, how it affects your life and employment, and how long it lasts. For instance, a bus accident lawsuit in California would be worth over $100,000 for severe injuries stemming from the negligence of the driver. For severe and permanent damages, the verdict may go beyond $250,000.

7. What if a pedestrian is hit by a bus and he is partly at fault for the accident?

If the pedestrian is partly at fault, he/she could still recover restitution for his injuries. However, it would depend upon the law of the state. In Washington, the compensation will be given based on the proportion of fault. If a pedestrian is 20 percent at fault, he can collect the remaining 80 percent of compensation.

8. Can you file the claim without an attorney?

Proceeding with a bus crash claim would be a lengthy process. Moving the paper works on time and gathering necessary documents would be a headache.  If you think of fighting alone with the insurance company to get compensation, then it won’t be a smart choice. An experienced bus accident lawyer would handle your claim efficiently.

9. Who is liable when a child is injured in a school bus accident?

The school district may be liable for the bus crash depending upon the ownership of the school bus, type of employment contract, and negligence factor of the bus operator.

10. Who is responsible for your damages in a public bus accident?

The government could be held liable if the bus involved in the crash is owned by the federal, state, or regional transportation authority. In such cases, the claimant should prove that the accident was caused by the negligence of the government authority. However, suing government entities would be a tough process.

If you are involved in a bus accident, don’t be panic-stricken about the situation. It’s your right to claim for your loss and suffering. Hope this blog has enlightened you with the essence of bus accident claims and the tactics to win the lawsuit.

Look for an expert bus accident lawyer and have a detailed case evaluation. Since you can’t repair the damage that has already been done, now is the time to learn about your injuries and the legal options. 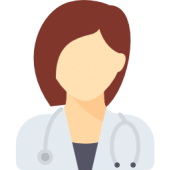 Cervical Degenerative Disc Disease: How to Manage Your Wear & Tear? 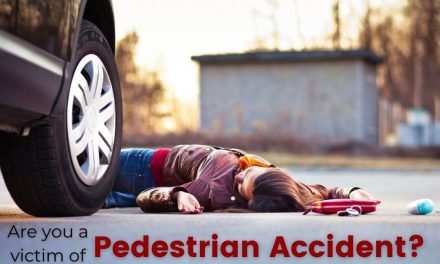 Are you a victim of pedestrian accident – What you should do next?