There are no arguments that healthcare professionals are the soldiers on the frontline. Even the global pandemic repeats the story of their sacrifice and dedication. Advancements in medical technologies have always contributed extensively by providing sustainable healthcare to the world. However, it has always been yoked with the increasing incidents of medical malpractice around the globe, especially in the United States.

Medical malpractice law makes it possible to seek compensation for any harm, a patient suffers as a result of substandard medical treatment. You would not have forgotten the tragic death of Michael Jackson, the King of Pop. Dr.Conrad Murray- his personal in-home physician was sued when it was proved that routine overdosage of Propofol administration caused the death. Dr. Murray was arrested for involuntary manslaughter and was punished with four years in prison. His medical licenses in Texas and California were canceled, and he had to pay a compensation of $100 million to Jackson’s family.

Let it be a prescription or an amputation, it’s all about the health and life of the patient. The consequence of medical negligence may turn out to be catastrophic to the patient. Studies indicate that the third greatest cause of death in the U.S. is medical negligence. Approximately 17,000 medical malpractice lawsuits are filed every year.

Medical malpractice law regulates doctors’ and other healthcare providers’ responsibilities when they negligently fulfill their obligations and cause injury to a patient. In simple terms, a doctor will be held accountable if his or her actions cause damage to the patient. Each state has its own rules and procedures for dealing with med mal claims.

Having discussed enough the types of medical practice and the lawsuits in our previous blogs, let’s get to know about the medical malpractice law in the U.S.

How Does Medical Malpractice Law Work?

Medical Malpractice is a well-known field of law, falling within the umbrella of accidents and injuries. Each professional involved in medical care has a general obligation to practice medicine in a certain way. Failure or breach of that duty, causing harm to the patient, is medical malpractice. The patient would be entitled to file a malpractice lawsuit in such cases.

The claimant in a medical malpractice claim would be the patient or his/her dependents under certain circumstances.  The defendant could be any professional who has breached the duty of care in the treatment cycle of the patient. The common defendants in medical malpractice litigation are physicians, nurses, radiologists, ER professionals, or healthcare providers. This depends on the circumstances of the litigation.

Medical malpractice law demands the following criteria to be fulfilled to consider a claim as med mal.

1. A violation of the standard of care

The medical malpractice law has identified a few medical standards known as the ‘standard of care. A healthcare professional should always provide these standards.

2. Negligence results in an injury

The negligence should have ended up in injury and harm to the claimant. It is the burden of the claimant to substantiate that the damage would not have occurred in the absence of the negligence factor.

The injury or harm should have caused vital damages to the claimant. In fact, the extent of damages determines the validity of a medical malpractice lawsuit. More the severity of the damages, more the compensation.

Prescription of a medicine to a patient with a known allergy, prescribing the wrong drug, or prescribing the improper dose of the drug are the most prevalent drug-related errors.

The improper dose may include overdosage, underdosage, and additional dosage. When an unsuitable or different medication dose is provided than what is authorized, it will affect the patient’s health.

The consequences of a misdiagnosis or inability to diagnose a disease can be severe. Any illness requires early detection and prompt treatment for the best chances of recovery. Any issues in the diagnostic procedure can have a significant negative impact on the patient’s survival.

It is estimated that 1 out of every 5,500 surgeries involves mistakenly leaving objects within the patient’s body. Around 51.4 million procedures are performed in the United States each year, this translates to approximately 9,345 surgeries every year, where a sponge or device is left inside the patient’s body.

Around 4000 surgical errors occur per year in the United States. This may be due to errors in diagnosis, diagnostic reports, carelessness of the surgical team, or miscommunication between the physician and the healthcare team.

Anesthesia is required to keep patients pain-free throughout medical procedures. When an anesthesiologist gives an improper dosage of anesthesia, it will cause serious complications during and after the surgery. Anesthesia errors may cause significant organ damage.

When the medical professionals working in the emergency department make rushed decisions, it may cause damage to the patients.

How to Know If You Have a Medical Malpractice Claim?

Medical malpractice law in the United States is controlled by civil law rather than criminal statutes. It is governed by the states rather than the federal government. Malpractice isn’t the cause of every bad medical outcome. To have a claim, you must be able to prove the negligence of the doctor. And you need to prove that you were hurt or became ill as a result of that breach.

Some of the requirements of medical malpractice claims are,

There are two types of legal damages covered for medical malpractice cases.

Punitive damages are awarded to penalize the defendant and provide further recompense. When a doctor made an injury purposely to the plaintiff, it comes under punitive damages.

Why Do We Need Medical Malpractice Attorneys?

Expert medical malpractice lawyers gather all pertinent hospital and medical records and review them extensively. He would investigate the claim to find the cause and the liable party.

When the medical malpractice claim is against a huge healthcare corporative, the claimant should be shouldered with strong evidence. As always, the defendant would try to minimize the compensation with a settlement. A skilled and knowledgeable medical malpractice attorney would help the claimant in handling the conversations with insurers and other hospital representatives.

How did the medical records change the fate of your med mal claim? Let us know.

As medical encounters are unavoidable in our life, it is important to know how the legal system works for medical negligence. Medical malpractice litigation requires the testimony of multiple medical experts to analyze the standard of care and the negligence factor. This often adds up to the expense of the entire litigation process.

Medical malpractice law neglects the claim if the claimant has suffered complications from his disease and not with the standard of medical care. Always keep in mind that all injuries need to be medical malpractice. Before jumping into the claim, it is important to get the guidance of an experienced medical malpractice attorney. A detailed case evaluation with the support of your medical records would make the job easy. 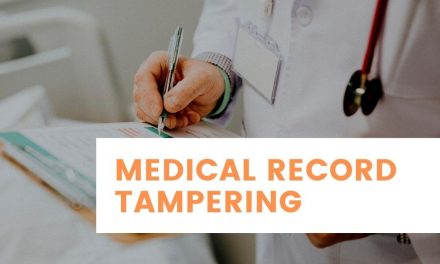 Cosmetic Surgery Malpractice- How Tough is to Win Your Claim 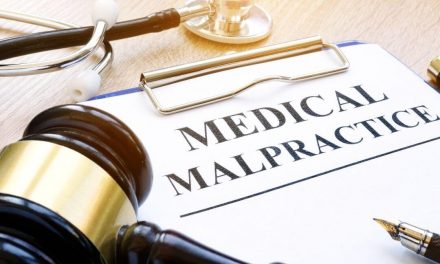